Supported by ArtsWA in Association with the Lotteries Commission

Australia Council for the Arts 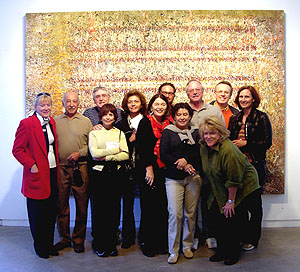 HOWARD TAYLOR : PHENOMENA
Is a joint initiative of the Art Gallery of Western Australia, Perth
and the Museum of Contemporary Art, Sydney

Touring Schedule of Venues and dates

Douglas Chambers to be the 2004 visiting Scholar at The University of Tasmania Art School , Launceston. 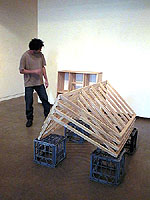 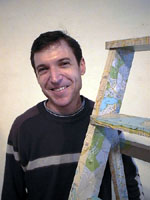 Mike Singe gets the 2004 Gunnery Studio Residencey in Sydney
AFWA offers an annual three-month residency to a WA visual artist at the Gunnery studios in Woolloomooloo, Sydney. 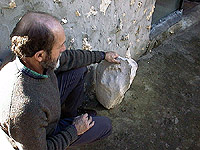 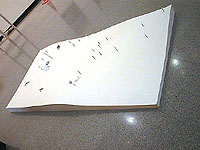 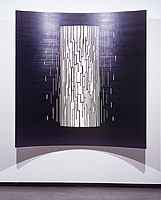 Curator: Gary Dufour, Deputy Director, Art Gallery of Western Australia, Perth
Catalogue Essayist: Russell Storer, Curator, Museum of Contemporary Art, Sydney
This exhibition is supported by Visions of Australia, a Commonwealth Government Program supporting touring exhibitions by providing funding assistance for the development and touring of cultural material across Australia.
An Art Gallery of Western Australia and Museum of Contemporary Art, Sydney, exhibition
presented with the support of the Government of Western Australia, the New South Wales Government, ‘Key Organisation’ grant funding from the Commonwealth Government through the Australia Council, its arts funding and advisory body, and the Perth International Arts Festival. The MCA was established by the University of Sydney through the JWPower Bequest, with assistance of the New South wales Government.

Alex Spremberg has won the People's Choice Award as part of the 2002
BankWest Contemporary Art Prize and Exhibition. He wins $2,000 in art
supplies. "More than 3,000 people viewed the exhibition many of whom voted for
their favourite works,"

I found your work in the SofA exhibition to be imbued with a deep sense of integrity and commitment. The holding power of your work and its beauty should also not go unmentioned. 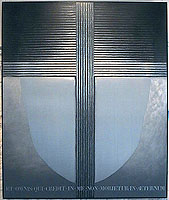 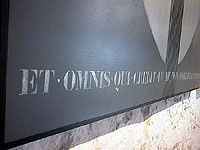 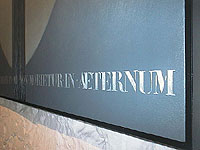 APT 2002 FACT SHEET * * APT 2002 will be presented from 12 September 2002 until 27 January 2003. * * APT 2002 will offer for the first time in Australia the opportunity for audiences to engage with a substantial body of work by Asian and Pacific including Australian artists whose practice has contributed in outstanding ways to contemporary art over the last three decades. APT 2002 will, for the first time, present in-depth selections of work, thus allowing the opportunity for audiences to closely explore each artists practice. Some of these artists have made highly significant contributions since the 1960s while others have had a seminal impact over this last decade. The exhibition will present a selection of important works that span each artists active careers. * Wherever possible, all artists will travel to Brisbane to participate in the opening weeks events such as the highly popular program of artists talks and performances, beginning 12 September 2002. * Artists have been selected by a curatorium of five Queensland Art Gallery curators who have worked to a set of themes and ideas. The curators are Doug Hall, Director; Suhanya Raffel, Head of Asian Art; Rhana Devenport, Senior Project Officer, Asia-Pacific Triennial; Anne Kirker, Head of International Art and Julie Ewington, Head of Australian Art. * APT 2002 will be of a similar scale to previous Triennials and will physically occupy more than half the entire scope of the Queensland Art Gallery exhibition space. * APT aims to generate greater awareness and understanding of contemporary art in Asia and the Pacific including Australia and to facilitate the exchange of ideas and networks through access and audience interaction. APT 2002 will continue the Triennials ability to challenge existing perceptions and to introduce the contemporary art of the region to the wider community through open dialogue and access. * * The APT 2002 Education program is integral as the active link between the art, artists and audiences and will include a symposium, artists talks, performances, lectures, guided tours, the Kids APT, education kits for schools, expanded labels, infopanels, film screenings, family days and a dedicated website. * APT 2002 will be accompanied by a varied, continuous public program of events for audiences of all ages and interests. * In keeping with the Triennials emphasis on communication, an APT 2002 Symposium will take place during the opening week. The Symposium will address the ideas and concerns that have informed the shape of the exhibition as well as providing the opportunity for the arts sector and the wider community to discuss broader critical issues facing arts practice today in Asia, Australia and the Pacific. The Symposium will include a special focus on New Directions in Curating supported by the Australia Council for the Arts. * The considerable success of previous Kids APT programs will be extended and explored during APT 2002 which will again present interactive art works commissioned by the Gallery from participating artists and devised especially for young audiences. * As a new initiative, and in response to the ideas underpinning the exhibition, the Gallery will present a series of Multimedia Workshops for artists and students, supported by the Australia Council for the Arts. * A major full-colour publication will accompany APT 2002 and will feature significant essays on participating artists and a number of key commissioned texts exploring particular ideas investigating crucial contemporary cultural issues in Asia, the Pacific and Australia today. * The Asia Pacific Triennial is widely recognised as one of Australias most important art events, APT 2002 will focus on presenting the strength, depth and vitality of Asian, Australian and Pacific art. The exhibition will reinforce the Gallerys position as the most significant site in Australia for the discussion and exhibition of the contemporary art of our region. 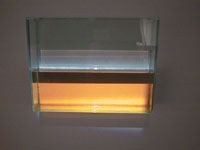 The work is imbued with a sense on timelessness, deep integrity and commitment. 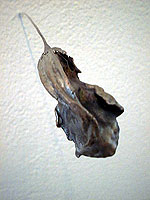 Following a fall at his home in Northcliffe Western Australia and a subsequent operation for a broken hip in Perth, Howard Taylor passed away on 19 July 2001

We have indeed been most fortunate that our lives were touched and changed forever by Howard Taylor, this truly great man.

His humility, kindness, good humour, dedication and supreme professionalism was without comparison in our life's experiences.

who are included in a Major survey of 14 Australian Artists

at The Art Gallery of New South Wales.

New Painting in Australia 1 Phenomena This is the first of three exhibitions exploring the state of painting at the start of the new millennium. Painting is thriving and exists in many different guises. New Painting in Australia I concentrates on one of many tendencies that are relevant to our time: the use of the vocabulary of abstraction to explore the link between painting and the world around us. No longer interested in Ôart for artÕs sakeÕ, these artists are investigating -- with pragmatic objectivity -- the inherently subjective realm of phenomena.

CITIZEN OF THE YEAR AWARD 2000